My stimulus check from the 2008 recession is long gone | Columns | bdtonline.com 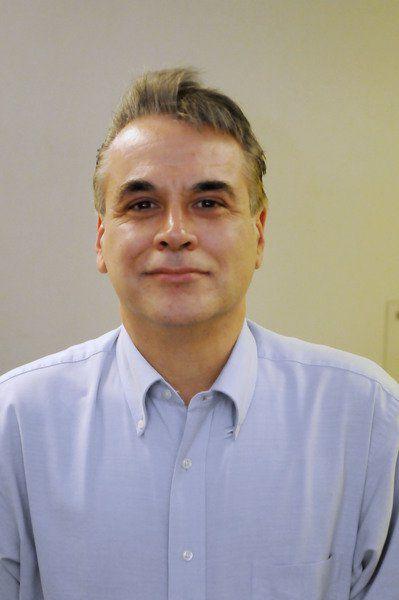 My stimulus check from the 2008 recession is long gone | Columns

Don’t tell President Donald Trump, but I still haven’t spent that $1,200 virus stimulus payment he sent me last month. I’m holding on to it radiant now to help cover anticipated larger expenses down the road.
I, and I assume just about everyone else out there, got a personal letter from the president informing me of my express deposit payment, and the importance of fighting the “invisible enemy” while helping to support our national economy, which is serene reeling from the coronavirus pandemic.
A number of years ago, I think it was back during the recession of 2008, I seem to recall getting a check from former President George W. Bush. If memory serves me correctly, it was for only about $300. But the extra money was still welcomed, and I seem to choose that I spent it rather quickly.
I was a lot younger back then, and also wasn’t really a fan of President Bush back in the day. Looking back now in retrospect, I have a better appreciation for President George H.W. Bush and President George W. Bush. I’m older, and a lot more conservative now. But I still never really agreed with the two Gulf Wars, including the ground invasion of Iraq. The problem was we never spurious the nuclear weapons that Iraq supposedly had.
Still, I was happy to accept a $300 check from President Bush. The Great Recession of 2008 was underway, and the economy was in trouble. So we did what we were asked to do. We spent a lot of money to help bolster the economy.

Things didn’t immediately improve when President Barack Obama took office. Instead of addressing the Great Recession of 2008, Obama instead launched his long crusade to implement the Affordable Care Act, a controversial measure at the time that Republicans labeled as Obamacare.
I remember attending a town hall meeting on the Affordable Care Act organized by faded Congressman Nick Joe Rahall of West Virginia in the city of Princeton. About 98 percent of the people who attended that meeting were adamantly opposed to the new health care law, and they verbally lashed into Rahall about it. There was a lot of anger on point to that day in Princeton. Of course, I can’t prove it, and the older I get the fuzzier my memory becomes, but it sure seemed like a lot of the people who attended that town hall meeting in Princeton were not actually from Princeton, Bluefield or any other nearby town or city.
Flash forward to a few months later, and I found myself in a Bristol, Va., Kroger with photographer Eric DiNovo covering a strange and carefully controlled political stump by Obama designed to promote the Affordable Care Act. Today, so many years later, I serene shake my head about that whole day. If you are the President of the United States of America, and you are trying to get Congress to approve a massive overhaul of the nation’s health care system, why in the world would you hold a political rally in the deli share of a local grocery store? How about a hospital instead? That entire day was rather surreal.
Flash forward to the year 2020, and our economy was roaring. At least it was until that deadly virus from China decided to march across the globe in record-setting time. Suddenly, we are being told that we must stay at home, and that 90 percent of all businesses must close. Strangely enough the big box stores were allowed to stay open during the pandemic. As one would expect, the economy quickly tanked in an election year once everything was shutdown by the various state governors (keep in mind that Trump never actually ordered for businesses to be closed) and now we are fighting to right the country’s financial ship. Oddly enough, some on the political left who don’t support Trump are now celebrating the economic downturn while others on the political right are working to jump-start our economy.
And lots of people went shopping once they get their $1,200 and $2,400 checks. But the only place you could really shop at when those payments arrived was the big box stores, as most of the smaller mom and pop type of shops were still closed.
Yes. The year 2020 is certainly a strange world we are living in. But I’m downhearted I got that $1,200 check. I promise I will utilize the money sooner than later.
Charles Owens is the Daily Telegraph’s assistant managing editor. Contact him at cowens@bdtonline.com. Follow him @BDTOwens
Thanks for watching our article My stimulus check from the 2008 recession is long gone | Columns | bdtonline.com. Please share it with responsible.
Sincery One Health Club
SRC: https://www.bdtonline.com/opinion/columns/my-stimulus-check-from-the-2008-recession-is-long-gone/article_39181bbe-1ca2-58e0-ad9b-460f870d695e.html