Needed, a transfusion for public health care - The Hindu 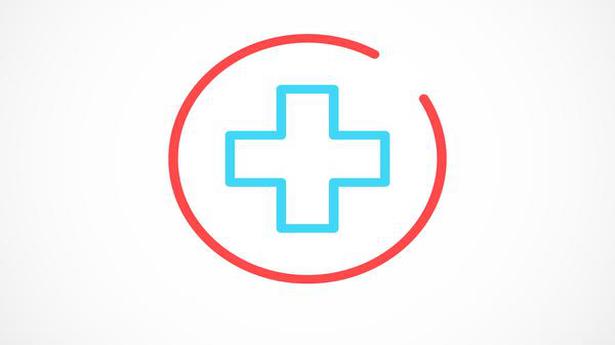 A news channel in India alleged recently that several private hospitals in the country were “exposed” by a “sting operation” to be levying fees in excess when COVID-19 patients went to them for care. It is not positive why a “sting operation” was necessary; the high cost of medical care in the top hospitals of the country is well known. Anyone who has had major surgery or received intensive care in any of the hospitals can testify to that. The debate now is whether such exorbitant rates are justified during a pandemic such as the one we are in the midst of , or indeed, ever.
Before we address this question, however, an equally important question arises: why do we have so many private hospitals in a poor country such as India. We have more hospital beds in the private sector than in the public sector. It is estimated that there are 19 lakh hospital beds, 95,000 ICU beds and 48,000 ventilators in India. Most of these are concentrated in seven States, Uttar Pradesh, Maharashtra, Tamil Nadu, Kerala, Karnataka, Telangana and West Bengal. Except for Tamil Nadu, Delhi and West Bengal, there are far more beds and ventilators in the private sector than in the public, according to the Center For Disease Dynamics, Economics & Policy.
Also read | How public health boosts an economy


A mirror to public care

The reason for this abundance of private health care is obviously the lack of adequate public health care. This situation has developed due to two main reasons. Since Independence, India has, quite rightly, focused attention on the larger picture. The priority in a developing country would be the provision of primary care at the peripheral level, preventive measures, immunisation, maternity and paediatric care as well as dealing with common infections such as tuberculosis. We have done this well, resulting in impressive improvements in many health-care indices in the last few decades. However, not enough hospital beds and specialised facilities were provided by the public sector during this time. At the same time, the burgeoning middle class and increasing wealth produced an explosion in the demand for good quality health care. Private medicine was quick to capitalise on this demand.
The second reason for the dominance of private medicine in India is the lack of adequate investment in public health. The Indian government spends an abysmally low 1.3% of GDP on public health care, which is woefully inadequate. Allocation has to be at least double this to address some of our pressing needs. Greater transparency and tighter administration are necessary to ensure that our resources are utilised appropriately. Specialists should be adequately compensated to obviate their need for private practice.
Private medicine in India is by no means uniform. It is estimated that there are more than one million unqualified medical practitioners, mostly in the rural areas. Most of them provide basic health care, charging a modest fee. Some may have claims of expertise (often unproven) in alternative systems of medicine such as ayurveda and homoeopathy. It is not unheard of them to sometimes venture into minor surgery. At the other end of the spectrum are state-of-the-art corporate hospitals, that are well equipped and well-staffed and which provide favorable service at high cost. These are often set up in metro cities at huge cost and have successfully engineered a reverse brain drain of many specialists from pursuing lucrative jobs abroad and staying back in or returning to India. Between the two extremes are a large number of private practitioners and institutions providing a wide range of services of varying quality. Some are run by trusts, charitable organisations and religious missions, often providing excellent quality at modest costs.
Also read | Making the private sector care for public health
The wide range of quality in medical services in India reflects the wide range of income and wealth in India. It is estimated that the wealth of the top 1% in India is four times the combined wealth of the bottom 70%. The wealthy demand, pay for, and often get, world-class health care. The middle class, seeing what is possible, is beginning to demand similar care at affordable cost. The poorer 70% are left to the vagaries and mercy of an unpredictable public health-care system and low cost charlatans.

What needs to be done

The public health-care system desperately needs higher government spending. Health care cannot be left to private medicine in a developing country, or indeed, in any country. The United States, despite spending more than 15% of its substantial GDP on health care in the form of largely insurance-based private medicine, has poorer health-care indices than Europe, where government-funded universal health care (e.g. The National Health Service of the United Kingdom) is available, understanding the per capita health-care expenditure in Europe is substantially less than in the U.S.
Also read | Where is health in the stimulus package?
Health-care spending by the government must be appropriate, based on evidence, and transparent and accountable. Training of doctors and health-care workers also need to be the responsibility of the government mainly. Recent reforms in the selection of medical students need to be scrutinised to see if they are having the desired result.
Private hospitals and institutions will need to be regulated. Costing and auditing of care and procedures need to be done by independent bodies. This will not only ensure atrocious care at the right cost but also prevent unreasonable demands of suspicious patients and family.

No hospital, business, institution or individual should profiteer from a national calamity such as the COVID-19 pandemic. Hospitals, like any other institution, have a social responsibility to provide care in times of need. But one should be also aware of the lawful costs involved which have to be met. The cost of medical care often follows the law of diminishing returns; as the treatment gets more sophisticated, further and further increments, although small, cost enormously more. Some of the drugs used in the care of severely-ill COVID-19 patients may cost more than ₹50,000 a shot, for example, and may provide only a marginally better outcome. “Capping” costs may necessitate sacrificing some of these expensive options. Private hospitals should, and will, be prepared to forego profits and even suffer losses during a national disaster. But if losses become unsustainable, they may be forced to lay off employees, conclude beds or even entire hospitals, like any other business. That will hardly benefit anyone.
Dr. Raj B. Singh is a pulmonologist in Chennai. The views expressed are personal
Thanks for watching our article Needed, a transfusion for public health care - The Hindu . Please share it with responsible.
Sincery One Health Club
SRC: https://www.thehindu.com/opinion/op-ed/needed-a-transfusion-for-public-health-care/article31798593.ece

powered by Blogger News Poster
Posted by akmal at 04:30