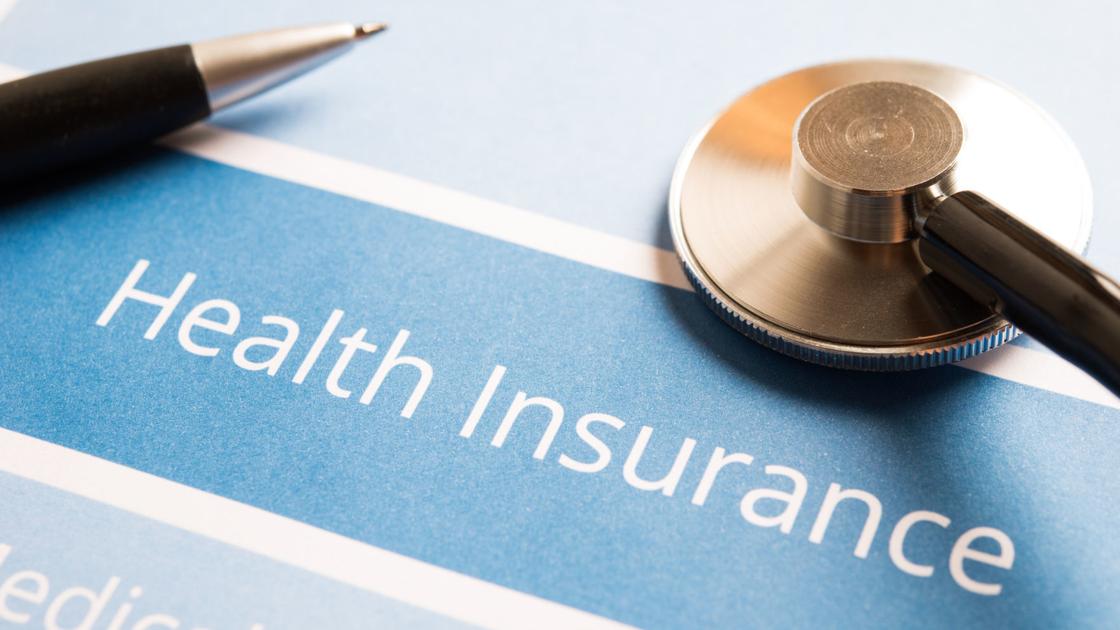 Having more than 1 million North Carolinians — and counting — applying for unemployment insurance benefits has been perhaps the most sobering economic statistic from the COVID-19 pandemic.
Running on a parallel track is the projection that 723,000 North Carolinians — and counting — have lost health insurance coverage as a result of job cuts, layoffs and furloughs, according to a Kaiser Family Foundation report.
The loss of health insurance affects those who were employed, as well as their dependents.
A significant number of unemployment insurance, or UI, applicants have seldom, if ever, been without employer-provided health insurance coverage in their work careers.
The Economic Policy Institute reported in May that at least 476,000 North Carolinians were in jobs that likely had employer-provided health insurance attached.
“Since the health insurance of many Americans is tied to their employment, the United States is likely to experience large decreases in private insurance coverage,” according to a June 8 report by the Urban Institute and Robert Wood Johnson Foundation.
Other employees, particularly in the leisure, hospitality and retail sectors, worked for employers who didn’t offer health insurance or only high-deductible plans.
Suzy Khachaturyan, a policy analyst with the liberal-leaning N.C. Budget & Tax Center, said that “several hundred thousand people lost employment, but had no employer-sponsored health insurance to begin with.”

“Too many of these people also earned low wages, so they were struggling even before the pandemic hit,” Khachaturyan said.
The private-sector workforce in North Carolina fell by 14.3% March to April, representing a loss of 545,700 jobs.
As expected, the state’s leisure and hospitality sector took the brunt of the job losses and furloughs with a 48.8% decline, down 249,800 jobs to 262,300. All 10 private employment sectors declined by at least 3.4%.
“The Kaiser Family Foundation estimates that the coverage gap grew by 13,000 in May,” Khachaturyan said.
“It is expected to grow to an estimated 178,000 people by January as a result of COVID-19-related job losses as people exhaust their state and federal UI benefits,” she said.

The Urban Institute said a viable solution — but not immediately — is for the 15 states, North Carolina among them, that haven’t expanded their Medicaid programs to take that step to aid their unemployed residents.
The institute estimates that as many as 3.9 million individuals would wait on in those states.
Several studies have shown that between 450,000 and 650,000 North Carolinians could benefit from Medicaid expansion. There already are 2.2 million beneficiaries, roughly about 20% of the state’s population.
However, Republican legislative leaders, foremost N.C. Senate leader Phil Berger of Rockingham County, have pointedly declined since 2013 to expand the state Medicaid program.
The GOP leaders say they are concerned that the federal government could opt to stop paying its 90% of the administrative costs of a state’s expanded Medicaid program.
“Our findings indicate that Medicaid coverage will sharply increase as workers become unemployed, particularly in Medicaid expansion states,” the Urban Institute said. “This is the purpose of the Medicaid program.
“Medicaid expansion in the remaining 15 states would lead to even larger gains in insurance coverage during the pandemic-driven economic downturn.”
The federal Families First Coronavirus Response Act requires state Medicaid programs to pay for COVID-19 testing and related medical visits for people who lack health insurance.
“Still, it does not address coverage for general medical care for the uninsured,” the institute said.
“Lack of coverage for medical services for other illnesses unrelated to COVID-19 may dissuade uninsured people with COVID-19 symptoms from visiting their providers for proper testing,” the institute said.
“Though all states will experience severe adverse effects from the crisis, those that expanded Medicaid will be somewhat better positioned to face the disaster months ahead.”

A dichotomy appears to exist in how the GOP-controlled state legislature views the economic and public-health welfare of North Carolinians affected directly by the pandemic.
There’s an intense, even passionate, desire to help the unemployed get back to work, whether in manufacturing, restaurants, bars, fitness centers, hair salons, retail stores and other business sectors that were closed as part of Gov. Roy Cooper’s Executive Order No. 118 issued March 17.
The state legislative relief package passed unanimously May 2 contains language providing limited civil legal immunity for essential employers who have employees who have tested determined for COVID-19, either because of work or through work activities.
A bipartisan N.C. House bill would provide $25 million in federal CARES Act funding to help meat-processing plants add production capacity.
House Bill 1201 is scheduled to be heard for the first time at 3 p.m. Tuesday in the House Agriculture Committee in Raleigh. The bill is co-sponsored by GOP Reps. Jeffery Elmore of Wilkes County and Julia Howard of Davie County.
The impetus behind the bill is that the COVID-19 pandemic “has resulted in serious and substantial impacts on the food supply chain,” in particular on small- and medium-sized livestock producers.
The funding assistance is “necessary in elegant to reduce disruptions in the supply chain for fresh meat, and to help small producers get their product to market,” the bill say.
Noteworthy, HB1201 does not deal with plant- and worker-safety conditions — even in light of outbreaks at several meat-processing plants in the state, including at least 570 Tyson Foods workers testing determined at its Wilkesboro operation.
At least 70 COVID-19 cases in Forsyth County are linked to local residents who work at the plant or are in close contact with someone who does.

Overall, there’s been little legislative disaster to provide assistance to people whose health insurance was tied to their job or lacked coverage.
Instead, GOP legislative leaders are pushing to pass bills to allow a quicker reopening of the state’s economy than detailed in Cooper’s three-phase plan.
The GOP goal is partly to allow businesses to resume operations in hopes of reaching normal staffing, production and services capacity within weeks and months.
On June 5, Cooper vetoed HB536, which would have allowed the reopening of private bars and clubs before June 26, out of public-health regulatory concerns.
GOP leaders responded by inserting much of HB536 into HB594, which focused on reopening fitness centers, gyms and health clubs. That bill cleared the legislature Wednesday, but with enough Democratic opposition to likely withhold another Cooper veto.
Another GOP priority for reducing the state’s jobless ranks is to exiguous the drawing down of the $3.85 billion unemployment trust fund as it stood when the brunt of the pandemic began to be experienced in mid-March.
As of Friday, there had been about $900 million in state UI trust payments.
The UI trust fund was built by the Republican-controlled legislature in response to eliminating as swiftly as possible a $2.8 billion debt to the U.S. Labor and Treasury departments. That borrowing helped pay extended state jobless benefits during the Great Recession of 2008-11.
The money came from the GOP supermajority approving a drastic cut in the maximum weekly benefit from $535 to $350 and the number of benefit weeks from up to 26 to 12 in 2013.
The liberal-leaning N.C. Justice Center said that just 9.91% of the state’s jobless workers received UI benefits in the last quarter of 2018, ranking North Carolina last in the country. The position ranked 24th before the 2013 changes took effect.

Argument for focus on jobs

Mitch Kokai, senior policy analyst with the John Locke Foundation, a conservative-leaning research group based in Raleigh, cautioned about putting too much emphasis on the overlap between the unemployed and uninsured during the pandemic.
“Estimates of the size of that coverage-gap population have been questionable from the start,” Kokai said. “Now, it’s unclear how many members of that group would move from the gap population to the population that qualifies for Medicaid under its current rules.
“Nor is it easy to gauge how many people have moved into that gap population, nor how long they will stay there.”
Kokai said the main solution for the unemployed/uninsured dynamic is “restoring jobs and ensuring that as many people as possible have affordable access to health care.”
“Focusing excessive attention on the decade-old, Obamacare-style Medicaid expansion makes no sense,” he said. “It distracts policymakers from pursuing up-to-date ideas that would help North Carolinians return to the workforce and get affordable health care.”

The unemployed, both in North Carolina and nationally, have been caught in an economic Catch-22, according to John Quinterno, a principal with South by North Strategies Ltd., a Chapel Hill research firm.
“Basically, the only real way for working people to access any unemployment insurance help was if their employers laid them off,” Quinterno said. “Yet, those layoffs often resulted in the loss of health insurance during the middle of a pandemic.
“It would have been better to keep people attached to their employers,” he said. “Arguably, the Paycheck Protection Program tried to do that, but it has worked in stark opposition to the unemployment-insurance expansions, as well as suffering from many of its own problems.”
Quinterno said the coronavirus pandemic “demonstrates yet again the problems involved with tying health-insurance coverage to employment.”
“Some workers simply don’t get coverage because their employers don’t offer health insurance to start with,” he said. “When a job is lost through no fault of a worker, such as due to the imposition of stay-at-home orders enacted to safeguard public health, a worker with coverage will lose it and be dependent on chance for replacing it. That worker may be lucky enough to have a spouse with coverage, say, or happen to live in a state that has expanded Medicaid.
“In the long run,” Quinterno said, “a system of universal coverage is needed, especially real the current system is proving unable to respond to the emergence of a new disease apt to be with us for years to come.”
Thanks for watching our article Unemployed, uninsured overlap is sobering COVID-19 reality in North Carolina | Local News | greensboro.com. Please share it with pleasure.
Sincery One Health Club
SRC: https://www.greensboro.com/news/local_news/unemployed-uninsured-overlap-is-sobering-covid-19-reality-in-north-carolina/article_e6f4b693-9e26-5f3d-aec4-b7149c0a7a44.html