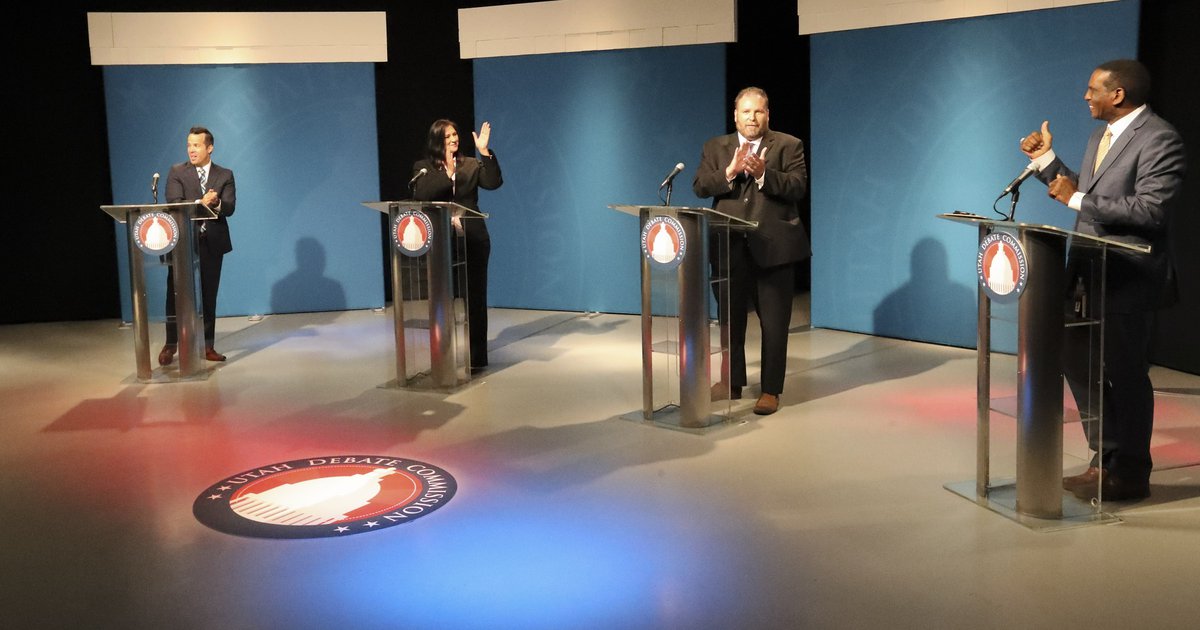 Washington • Four Utah Republicans hoping to take on — and topple — Democratic Rep. Ben McAdams sparred Monday over the leadership of President Donald Trump, the handling of the coronavirus pandemic, rioting in major U.S. cities and even the wearing of masks in public.
The GOP contenders looking to win the GOP nomination in the June 30 primary also complained about “out of state” protesters wreaking havoc in Salt Lake City over the weekend — a false claim as arrest records show most were Utah residents.
It took 54 minutes for McAdams' name to be uttered in the 4th Congressional District debate, and even then nonprofit executive Trent Christensen called the incumbent “Ben Pelosi,” a perhaps intentional or unintentional mixture of McAdams first name with the last name of House Speaker Nancy Pelosi, D-Calif.
Christensen and former radio host Jay McFarland boasted of their ability to work across the aisle while state Rep. Kim Coleman touted her conservative record in the Utah Legislature, and former NFL player Burgess Owens derided Democrats for ruining the country.
“We're dealing with people who hate our country,” Owens said. “I will not negotiate a compromise with anyone who hates my country, because they have a totally different endgame.”
Earlier in the debate — held at the University of Utah's PBS studio without an audience and the candidates physically distanced — Owens said Republicans need to take back the U.S. House to halt Democrats' liberal agenda.