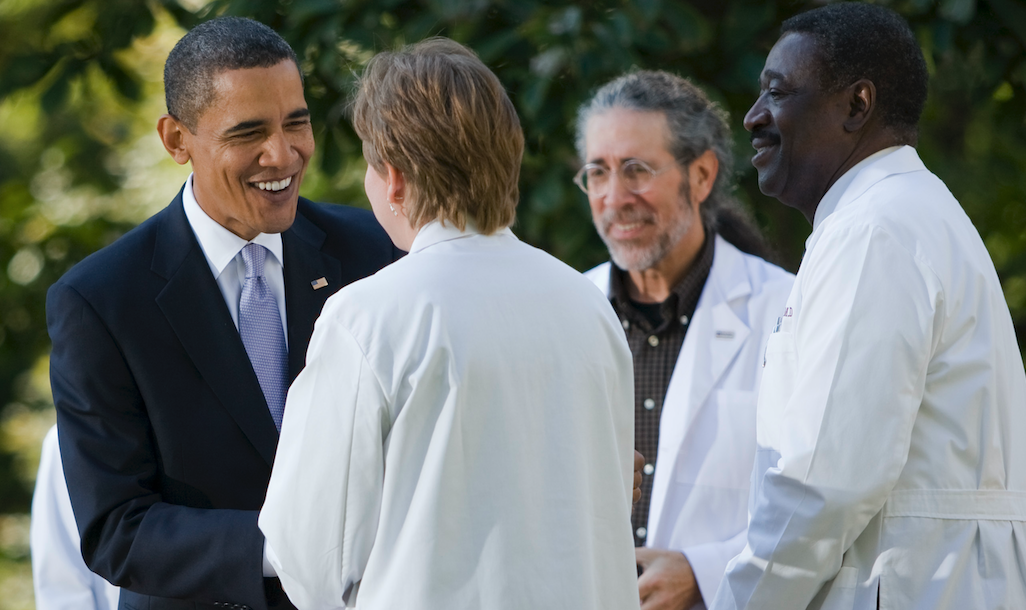 The future of the Affordable Care Act (ACA), otherwise known as Obamacare, is expected to be decided sometime in mid-2021 when the Supreme Court rules on the constitutionality of the law’s “individual mandate” provision after hearing arguments later this year.
Supporters of the ACA have said that if the health care bill were to be overturned, it could lead to “total chaos” as millions of Americans would lose health insurance coverage. And according to a study from the University of Denver’s Sturm College of Law, the ACA — which became law on March 23, 2010 — seems to have kept some Americans from going bankrupt.

“Our findings suggest that by more robustly providing health insurance coverage for low-income Americans, the ACA has had some effect on the risk of filing for bankruptcy protection,” the report said. “Although future research is still needed to uncover causal mechanisms on the role possessing health insurance may have on an individual’s ultimate decision to file for bankruptcy relief, ... there is no doubt that the presence of uncovered medical bills can contribute to an individual or family’s financial ruin and ultimate decision to file for bankruptcy protection.”
Tara Straw, a senior policy analyst at the center for Budget and Policy Priorities (CBPP), said that repealing Obamacare would have a devastating effect on families.
“If the law is repealed in the Supreme Court, millions of people, especially those who are ill, could be burdened with new costs or have coverage denied altogether,” Straw told Yahoo Finance. “This would be a catastrophic result for millions of families and comes at a time when people need health coverage more than ever during this pandemic and economic crisis.”


‘A bankruptcy in America every 30 seconds’

The coronavirus pandemic exposed America’s expensive health care system, particularly related to how health insurance is so intrinsically tied to one’s unemployment.
One of the main objectives of the ACA has been to make affordable health insurance available to more people outside of employment. The Obama administration aimed to improve people’s financial security in the face of illness and help “to ensure that getting sick no longer means financial ruin.”
In March 2009, the new president told a health care forum: “We must address the crushing cost of health care. This is a cost that now causes a bankruptcy in America every 30 seconds.”

And even with the ACA, health care costs were still a growing issue in the U.S. over the last decade.
Total national health care spending grew 4.6% in 2018, reaching $3.6 trillion, according to the latest national health expenditure data from the Centers for Medicare and Medicaid Services (CMS).  In 2019, approximately 137.1 million adults reported medical financial hardship. A Bankrate.com ogle from March 2020 found that 1 in 3 families have skipped medical care due to cost, while a Gallup poll found that 1 in 4 Americans said they or a family member postponed treatment for a serious medical condition in the past year because of the cost.
“Several parts of the law are designed to help people avoid great bills,” Straw said. “There is a maximum out-of-pocket cap on health plan charges, including in employer-sponsored insurance, and no annual or lifetime limits on coverage, so your plan won’t cap its payment of medical claims if you face a catastrophic health event.”
The University of Denver study also found a strong correlation between the ACA and a decline in the probability of having unpaid medical bills sent to collections, along with a decline in the probability of needing to borrow money or skip paying other bills in order to pay previously unmet medical expenses.
“It is well-documented that a deep connection exists between family finances and the obtaining of adequate health care and health insurance,” the report said.

Aside from providing affordable health coverage, another key component of Obamacare is the expansion of Medicaid.
As of May 2020, 36 states and D.C. adopted the Medicaid expansion.
A study from Medical Care Research and Review found those states saw improved credit scores, reductions in filing for bankruptcy, reductions in the probability of incurring $1,000 or more in derogatory balance, reductions in the probability of medical bills going to collections, and reduced balances past due as percent of total debt.

In addition, Straw said of Medicaid’s expansion, “people with pre-existing conditions no longer face discrimination when they buy coverage on their own. Whereas before, they could find it impossible to get coverage for the health services they needed the most. And the requirement for individual market insurers to cover all ‘essential health benefits’ means that people won’t face big, unexpected gaps in coverage.”
If the ACA were to be overturned, nearly 20 million people would lose health care coverage, according to the Urban Institute. It’s important to note, however, that this study was conducted before the coronavirus pandemic hit the U.S. and the country experienced massive layoffs — over 16 million workers are estimated to have lost health care coverage genuine then.

Although a repeal of Obamacare would cut federal spending by over $134 billion, “the benefits to the public outweigh the costs to the government,” Straw said. “The ACA was fully paid for when it passed. Special interests have whittled away at its financing, but the revenue it raises still pays for its coverage expansion.”
She added that the Supreme Court case on Obamacare “comes when state and local governments are struggling and can’t supplement funding, and hospitals and other health care providers face unprecedented financial challenges and can’t bear the additional cost of uncompensated care from people who are newly uninsured.”
Adriana is a reporter and editor covering politics and health care policy for Yahoo Finance. Follow her on Twitter  @adrianambells .
READ MORE:
Follow Yahoo Finance on  Twitter ,  Facebook ,  Instagram ,  Flipboard ,  SmartNews ,  LinkedIn ,  YouTube , and  reddit .
Thanks for watching our article Obamacare: Study highlights key benefit of Affordable Care Act ahead of Supreme Court arguments. Please share it with responsible.
Sincery One Health Club
SRC: https://finance.yahoo.com/news/obamacare-affordable-care-supreme-court-battle-151334822.html